High quality grain, made with Craftsmanship and a personal service from the start of the process to the point of sale. A symbolic malt from Germany.
Whilst taking care of our germination box and kiln we are also taking care of our Breweries special requests and needs. This enabling us to provide a very special malt to our customers as to their very specific needs 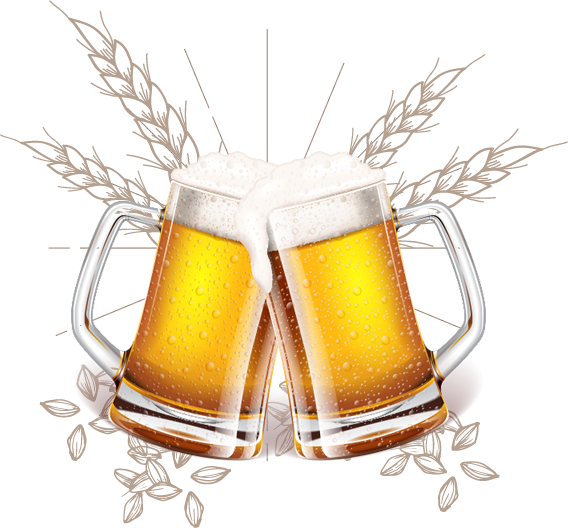 Never before has it been so easy to brew really good beer yourself. The Braumeister's patented technology is designed for simple operation and easy handling. This is precisely its special feature, because this was why it was developed by Speidel.
Brewing on autopilot: The fully semi-automatic brewing control takes over the brewing of individually adjusted recipes and runs through all brewing phases with exact times and temperatures.

Fermentis has developed a range of high performing dry yeast to provide a reliable yeast source to the home brewer as used by the professional brewers of the world. Fermentis dry yeasts now offer a true alternative to liquid yeast cultures as the need for expensive shipping and packaging has been replaced by a nitrogen flushed sachet with a two year shelf life. 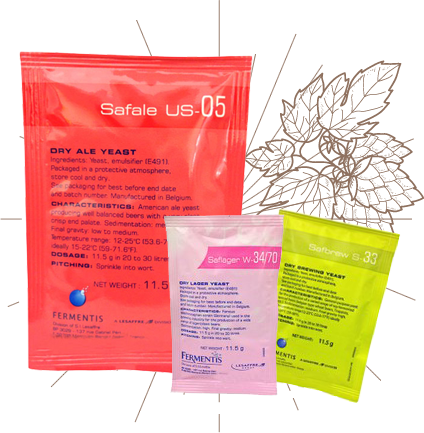 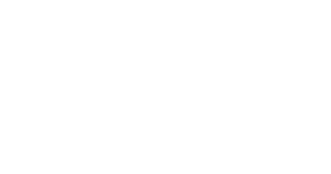 Q: How long will it take before I can drink the first beer?

A: For brewing you need a good half a day. Depending on the amount and recipe, fermentation lasts 3-5 days and maturing in bottles, Party kegs or KEGs (beverage containers) 2-5 weeks. That is when the beer can be tried.

Q: Can I brew all types of beer that exist?

A: Yes, all types of beers can be brewed with the Braumeister: wheat beer, light, Maerzen, strong beer, Koelsch, pilsener and many more. Brewing success only depends on the recipe, the ingredients and the fermentation temperature. More information you can find here.

Q: Can I manage it even as a beginner?

A: Yes. With the Braumeister being so easy to use, even beginners can brew their own good beer. A detailed brewing and instruction manual is included with the Braumeister. It also includes a quick start guide that takes you step by step through the brewing process. To make it easier for you, we offer packages with all the necessary raw materials for brewing.
Likewise, all the necessary brewing accessories can be purchased in the Speidel Shop. You should take a little more time with the first brews and make any preparations for the first batch one day beforehand at your own pace.

Q: Can I really use different ingredients?

A: Of course you can! The great thing about the Braumeister is that you can try out all your ideas. As long as you don't turn the Braumeister into a chemistry set, you can give free rein to your creativity! We are looking forward to receiving your brewing recipes!
Many of our customers have produced very good beers with ingredients like chocolate, spices and fruits. We expressly encourage all home brewers not to stick to the tight rules of the German purity law. Freshness, quality as well as personal pleasure and taste are much more important.

Q: What legal aspects do I need to consider?

A: In Germany hobby brewers who make beer at home for their own consumption may produce up to 200 litres of beer per year tax-free. This beer may not be sold. The home brewer must notify this before starting brewing to the nearest Main Customs Office.

Q: Where can I find the technical terms explained?

A: A glossary of many terms to do with brewing are listed here.

2. Beer TaxIn Germany beer tax is an indirect tax or a consumption tax. It is levied by the customs; the revenue goes to the the Federal States. The beer tax rate is based on the original gravity of the beer. Currently, the standard rate is Eur 0.787 per hectolitre for each degree Plato. This means that a 0.2-litre glass of full-bodied beer with an original gravity of approximately 12 degrees Plato is taxed at about 1.9 cents.

The basis for the calculation is the brewery's annual production. With a total annual production of less than 200,000 hectolitres, reduced tax rates are applied. Hobby brewers who brew up to 200 litres per year are exempt from the tax.

3. Brewer’s starThe brewer's star (six-pointed) is the guild sign of brewers and maltsters, and the symbol for the taphouse selling a local brewery's beverage.

4. Craft beerCraft beer is a beer produced with traditional methods, usually made by hobby brewers and small or micro breweries that emphasise quality rather than quantity. Though more and more craft breweries are getting bigger, the term craft beer is used to distinguish these sorts of brewers from large, industrial ones.

5. EBCEBC is a unit that measures the colour strength of beer and beer wort: the higher the levels, the darker the beer. EBC stands for European Brewery Convention and thus for the organisation that introduced this scale.
Often, the EBC parameters also indicate the colour force of malt. Depending on the original gravity, the malt can help to achieve a certain colour of the beer. Due to the fact that the final colour of the beer depends on many other factors as well, the EBC is, however, only an approximate value.

6. German Beer Purity LawThe »Reinheitsgebot« in Germany governs by law the ingredients that are allowed in beer. The purity law can be expressed as follows: »The only things allowed in beer are hops, malt and water

7. HopsHops is a plant whose cones (flowers) are used to flavour beer. It belongs to the hemp family. All types of hops are fast-growing, climbing plants. Hops for brewing are usually offered in pressed form as pellets or as dried umbels.

8. IPAIPA is the abbreviation for Indian Pale Ale. It is a strong, pale ale with a significant hop aroma. The name goes back to the the 19th century, when England supplied the British Crown Colony India with this kind of beer. Its high alcoholic content and lots of hop made the beer ideal for longer ship voyages. IPA (Indian Pale Ale)

9. LauteringLautering is carried out immediately after mashing. The hot mash is thereby separated from the solid malt residue. Lautering is a kind of filtration which on the one hand leaves behind the spent grain and on the other a liquid (as clear as possible), the wort.

10. Low-Oxygen-BrewingIn this brewing process, the contact with oxygen during the brewing process is kept to a minimum, in the areas of mashing, cooling and decanting into the maturing tank. The dissolved oxygen in water, wort or beer is an indicator of how well this has been achieved. By minimizing the contact with oxygen, existing flavors in the beer are better preserved and the beer acquires a longer lasting taste stability and shelf life. More on this topic can be found at www.lowoxygenbrewing.com

11. MashingDuring mashing, fermentable substances such as starch and sugars are dissolved. The mash is the mixture of liquid and starchy or sugary substance. In detail, the mash is further divided into different phases to control the dissolving process. This is varied as regards time and temperature.

12. MaltMalt is grains such as barley, wheat, rye or spelt wheat which are germinated and dried by the malting process. As a result of controlled germination, enzymes are activated and formed in the grain which are necessary later for the breakdown of starch and protein during brewing. After about five to seven days, germination is terminated by gentle drying and the sprout removed. The malt can then be stored. For further use it is crushed or ground. After crushing (breaking up the grains), the malt should be used as soon as possible.

15. WortWort is the liquid produced during the brewing and the mashing process but prior to the addition of yeast.

16. YeastYeasts are single-cell fungi that often belong to the genus of sac fungi. Yeasts reproduce by budding or division. Dried yeast is recommended for fermenting since it is easy to store and keeps for longer.

Q: Is it possible to brew high gravity beer / how to proceed?

A: It is possible to brew strong beer as well. Obviously you need to get stronger beer wort (more than 16 °P or 1068 SG). You could reach it by boiling down and reducing the liquid quantity.
To become higher gravity wort and still keep the full volume amount you’ll have to mash twice with the same wort. It will provide you up to 24 °P or 1.101 SG.

Q: What is the maximum amount for malt?

A: To provide uniform circulation and washing out of the mash you don’t have to exceed following amount of the malt:

Q: What is the right grinding size for the malt?

A: How fine you have to grind the malt, we show you on our site Tips and Tricks.

Q: Is it possible to brew any desired quantity of beer?

A: Determined by system a certain minimum of water is needed for the brewing process. Ensure that the heating elements are always covered with the water while overflowing.

For both devices there is a shortened malt pipe which could be used to brew only a half or less than a half.

Q: Do I need a thermo sleeve and what advantages could give me the stainless steel hood?

A: The thermo sleeve helps to save the energy and speed up the heating.In particular it could be used for brewing outside by cool temperatures and windy weather. Last but not least, thermo sleeve protects you skin from burning in case of dermal contact with the hot kettle.

The hood ensures more intensive boiling and makes possible the outlet of vapour of the hops outside. The 100 mm spiral hose suits for the opening of the hood. A tip for users: The hood could be used as a hopper for filling malt into the malt pipe.

Q: Does the pump work during the boiling and why there are pump breaks (pauses)?

A: To avoid the unnecessary damages through cavitation pump switches off at approx. 88 °C. By that moment the heat already ensure that there is a natural circulation of the wort.
The pump breaks are automatically programmed and appear with regular intervals each of one minute. This ensures the ideal washing out of the malt which is re-deposited after each pump break. 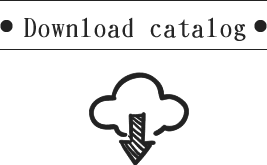